Subscribe to my newsletter and never miss my upcoming articles

As a developer, the source code that you write is all so concise and elegant. And other developers can read, and understand your code with ease. However, a compiler has to do a lot more to make sense of your code.

In this post, you’ll learn how compilers try to understand what your code does, and focus on what an Abstract Syntax Tree (AST) is, and its relevance to static analysis.

How does the compiler make sense of your code?

The steps involved in the compiler’s processing of source code are illustrated below:

Let’s expand on this a bit.

An Abstract Syntax Tree (AST) abstracts out certain details, and retains just enough information to help the compiler understand the structure of the code.

Therefore, an AST is a tree data structure that best represents the syntactic structure of the source code.

Over the next few minutes, you’ll draw a relatable analogy. And understand how the compiler works very similarly to how you'd try to make sense of a sentence.

In this section, you’ll learn about lexical analysis.

Suppose you’re learning a new language—not a programming language though😄. And you’re given the task of inferring the meaning of a sentence in that language.

So how would you do it?

As a first step, you’ll try identifying the nouns, verbs, or more generally, words that matter. And lexical analysis is very similar to this step.

As lexical analysis breaks down the source code into tokens, it is also called tokenization.

So far, you've learned that tokenization leaves you with tokens, or entities—just the way you’d identify entities in a sentence.

Let's go back to the analogy again.

After you’ve identified the nouns, verbs etc. in the sentence, how’ll you go about inferring its meaning?

Well, you’ll now try to parse the relationship between the nouns, verbs and the like—to see how they fit together—how they conform to the language’s grammar.

This leads to the step of syntax analysis, or parsing.

And to perform syntactic analysis, there’s a parser that processes these tokens and parses them into a tree called the Abstract Syntax Tree (AST).

Similarly, there’s no one common AST representation and the actual AST structure may depend on the specific language.

In general, the AST models the relationship between tokens in the source code—as a tree comprising of nodes and the nodes containing children. And each node contains information about the type of token, and related data.

For example, if your node represents a function call, the arguments and the return values will be the associated data.

Let's draw the AST corresponding to the following equation: 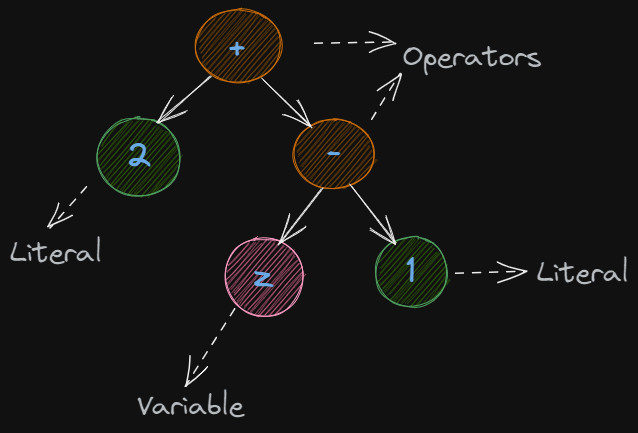 In the above AST representation, the nodes + and - are operators, z is a variable, and 1 and 2 are just literals.

Notice how the parentheses are discarded in the AST—they're subsumed in the representation of (z - 1): z and 1 are both children of the - operator node.

Want to explore more on ASTs?

The AST Explorer helps in visualizing ASTs in several popular languages such as Go, Python, Java, and JavaScript.

Here's a simple example in Python: 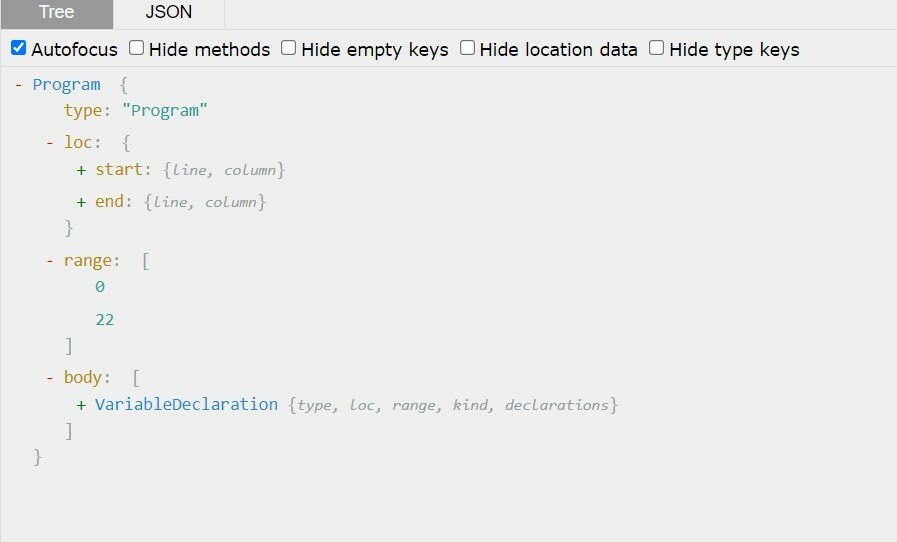 Here, the type of node is VariableDeclaration as we declare the variable my_str.

Relevance of AST in Development

So where do AST show up in the development process?

This would enable you to visit different nodes of the AST to understand the functionality of each node, and additionally perform analysis.

And this is where ASTs are relevant in static code analysis.

This analysis then returns potential security issues, bugs, and performance issues in your code - which you can fix almost immediately.

In this tutorial, you’ve learned:

Thank you for reading. Hope you found this post helpful!